What is Litho Printing?

The name lithography comes from lithos, stone, and graphia and was invented in Prague by Alois Senefelder around 1796. Lithography is best described as a planographic process; this is nothing more than a process for printing from a smooth surface, called a plate, to a substrate, generally paper.

In Mr. Senefelder's day, lithography transferred the ink directly from the stone or plate to the substrate. Today lithography is generally called Offset or Offset Lithography; both of these terms refer to the same process. In this printing process, offset lithography, the image to be printed is rendered or etched onto a flat surface, (the plane) such as a sheet of aluminium, plastic, or zinc. Next the image is transferred to a rubber roller, and then finally to the substrate.

How does lithographic printing work?

How does this work you may be wondering. Well the process is simple and it is based on the elementary principle that oil and water do not mix. There are a few steps in converting your image/text into a printed page so let us discuss the plates first.

In lithography the plates have a roughened texture and are coated with a photosensitive (light sensitive) emulsion. This emulsion is a suspension of two chemicals that cannot be mixed together, a common household example of an emulsion is butter or margarine.

Plates are made one of two ways: exposure from light source with film on top of the plate, or using a machine that exposes the plate, using lasers directly from the computer. Either way creates a photographic negative of the desired image, releases the emulsion, and transfers a positive image to the emulsion. The emulsion is then chemically treated to remove the unexposed portions of the emulsion. This final step is similar to developing film at a photo lab.

When the printing plate is made, the printing image is rendered grease receptive and hydrophobic, or water repelling. The non-printing areas are rendered hydrophilic, or water attracting, and ink repelling. On the press, the plate is mounted on the plate cylinder which as it rotates, comes into contact first with the rollers that are wet by a dampening solution or water, which adheres to the rough, or negative portions of the image. Then the plate comes in contact with the roller coated with ink, which adheres to the smooth, or positive portions of the image.

If this image were directly transferred to paper, it would create a positive image, but the paper would be moistened. Instead, a cylinder covered with a rubber surface, called a blanket, is rolled over the plate. The blanket squeezes away the water, and picks up the ink. The cylinder is then rolled over the paper, transferring the ink. Because the image is first transferred to the blanket cylinder, we call this process "offset lithography" because the image is offset to the drum before being applied to the paper.

The Advantages of Lithographic Printing

One major advantage of the lithography is that the soft rubber surface of the blanket creates a clear impression on a wide variety of paper surfaces and materials. Lithography printing is easily recognised by its smooth print, as well as by the lack on any impression or ring of ink or serrated edges that are characteristic of letterpress or gravure printing.

Many sheet-fed lithography presses can "perfect", print on both sides of the paper, in one pass through the press. Web lithography is used for newspapers, preprinted newspaper inserts, advertising literature, catalogues, books, and magazines.

Jim Cunliffe Head of Customer Love
Jim is a prolific networker, small business mentor and a supporter of anything 'community'. He is an ambassador for the National Apprenticeship Service (NAS/SFA) and Young Enterprise on the South Coast. Jim is the Area Leader (Sussex) for FSB (Federation of Small Business) for 2019-2021 and President of BNI Pavilion (Brighton) - What a busy lad! He loves to spend his time encouraging entrepreneurial spirit in everyone he meets. And when it comes to print, there's nothing Jim doesn't know about quality design, ink on paper, promotional gifts and branded clothing. He's an expert in all things branding.
Read Bio
Request a Quote FREE Print Samples Ask a Question
Related Products 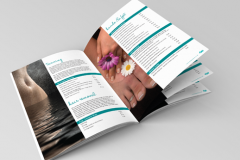 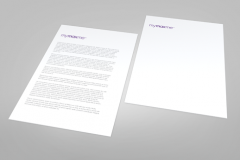